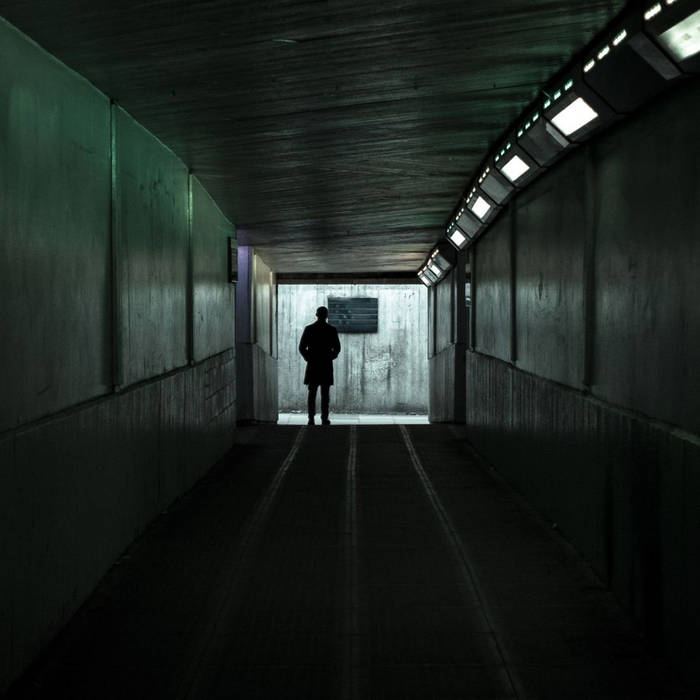 Jarak I'm not sure why this wasn't included on London Orbital 😕 Honestly, it's probably even better than any of the tracks on LO. Maybe it didn't fit the 'mood' - this is harder and more oppressive-sounding than anything on LO. The sound and description combined make me feel like its for an episode of Doctor Who 😄

p Oh, now that is *intense*. Like the world bearing down on your chest and you struggle to breathe due to the brutal, suffocating weight. Invokes Godflesh and early Sabbath. More!

Originally recorded in the sessions for 2020's "London Orbital" and now available for the first time as a single, "The Maze" continues to explore the idea of a malevolent, decaying city. The listener is trapped. There is nowhere to turn. And something is coming towards you through the tunnels of the maze.

released March 19, 2021
London Orbital was recorded and mixed at Lusus Studios, London
Mastering by Daniel Thabet at Liquid Studios
All music written and performed by Kassad
Artwork and photography by Brutal Colours: brutalcolours.com

"Deliciously cold, delectably dark, divinely twisted, this is an album of bleak blackness that haunts the memory long after it has ended."
-Games, Brrraaains, and a Head-banging Life

"The bleak darkness that radiates from London Orbital is one that fully submerses you. It’s not a happy album, and nor does it need to be. Instead, it fuels a sense of longing and misery that feels unnerving and still somehow, enjoyable. Kassad have found their niche with ‘urban black metal,’ and it offers the listener a glimpse into unflinching sorrow."
-Dead Rhetoric

"There’s an anguished, hopeless feeling that suffuses this album. The music reeks of despair and urban misery, a gloom that permeates every part of each of the songs."
-Wonderbox Metal

"London Orbital is fantastic album. It’s enjoyable and immersive, a modern take on Black Metal and has sprung from living in a city."
-Musipedia of Metal