by The Haunting Green 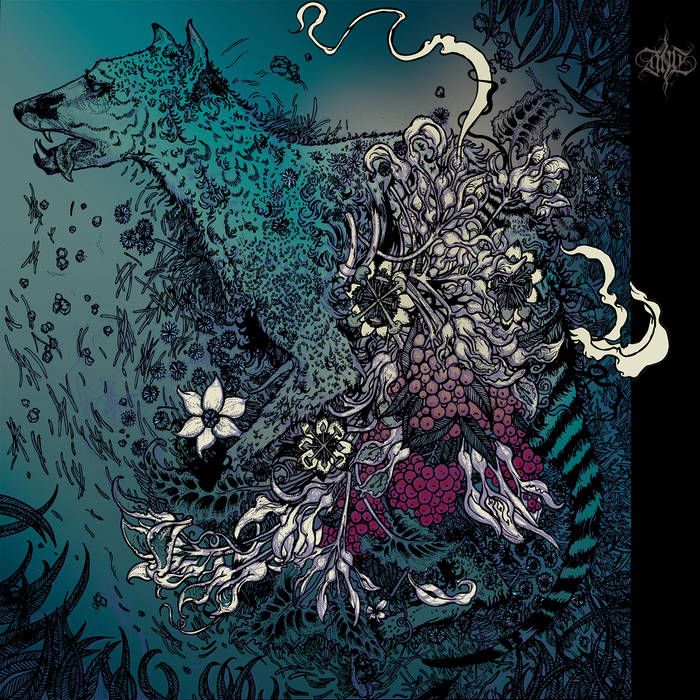 mtg13 Completely accidental find, really like how the album blends chaos with despair. Really nice musicianship, worth listening to (on repeat) Favorite track: Where Nothing Grows.

The Haunting Green are Cristiano Perin (vocals, guitars, synthesizers) and Chantal Fresco (drums and percussions). Formed in 2012 and based on North-East Italy, their music is constantly going in the direction of a coexistence within the aggressive vibes of extreme metal with ambient-drone and dark electronic music.

After a debut EP and collaborative split album, “Natural Extinctions”is their first full-length album which explores the inability of human beings to preserve their innocence and the bond with nature during their existence. The focus on “Natural Extinctions” is to merge extreme metal with the suggestive language of drone / ambient and ritual music, highlighting in some ways the "percussive" side of their music. This isn't an ordinary concept album but, actually, there is a hidden thread connecting the 7 tracks, relating the inevitable destiny of every human being to inhibit, suppress and lose, along his life, some of the most pure and atavistic aspects of their own soul, to adapt and live with the hostile environment that surrounds him. Adaptability on the one hand strengthens and leads to move forward, but, on the other hand, corrupts and makes us lose the most spiritual and pure side of us: the most precious.

Recorded Mixed, and Mastered at El Fish Recording Studio and with the cover art illustrated by Jessica Rassi (The Giant Lab), “Natural Extinctions” will be released on Hypnotic Dirge Records on a 6 panel digipack with an accompanying all-weather sticker on March 5, 2019.

PREMIERE: "The Void Above" streaming on Indy Metal Vault: www.indymetalvault.com/2019/01/28/track-premiere-the-haunting-green-the-void-above/

PREMIERE: "Where Nothing Grows" streaming on Cvlt Nation:
www.cvltnation.com/listen-to-the-haunting-greens-where-nothing-grows-doom-metal-poetry-on-the-loss-of-mankinds-untamed-side

Recorded, mixed and mastered at El Fish Recording Studio (www.elfish.it)
Guitar and Bass recorded by Marco Verardo at YourOhm studio
Piano in “Where Nothing Grows” by Fabio Cuomo (fabiocuomo.bandcamp.com)

Logo designed by View from The Coffin (www.instagram.com/viewfromthecoffin)

"Dready and soothing, the melodic interludes clash against the anguished vocals simmered in the dark murk of drone doom. Experimental elements in the percussion section bring in ritualistic tribalesque vibes that are a refreshing take on a genre that is often too comfortable being rigidly monotonous."
VM-Underground Fanzine

"I was immediately captivated by the opening track “Lazarus Taxon”, an elegant instrumental, thick with ominous drums, subtle guitar and haunting synth, which all build to an intimidating peak before reaching the sombre ending."
Blessed Altar Zine

"What makes this album so special, besides its highly personal approach, is the manner in which they blend genres that weren’t made to be blended, at least not as easily as they do here. It’s doomy at its core, but it’s so much more than that. They blend in melody that is then crushed by the weight of the Doom but still manages life."
Metal Temple

"If there’s one thing at which The Haunting Green truly excel, it’s the way they build tension through a combination of mood, melody, and atmosphere."
-Indy Metal Vault

"The overall result is a modern album with an ancient taste, exalting the stress on the atavistic long for an irrecoverable innocence that men seem doomed to ravish. Each song becomes, in this sense, a poetic reflection that moves between the feral and the pure, combining black metal shrieks and fine melodies, all supported by a dynamic drumming."
-Cvlt Nation