The streetlight was all we needed 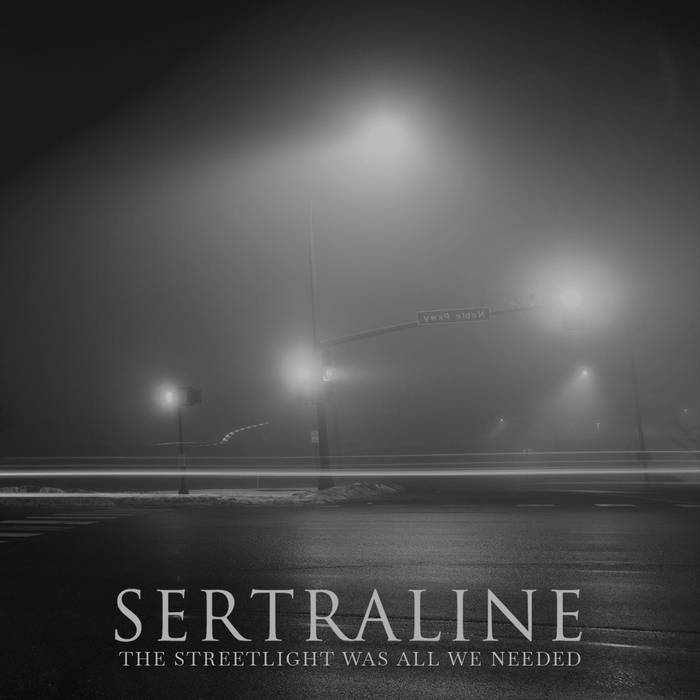 mourner Melancholic and mostly calming with its subtile, beautiful and sometimes fragile harmonies. Gloomy with a touch of spheric light this great band unfolds its hypnotic atmospheric post black metal. The drums are really fantastic.

diablomx A great chance to listen all work of this great band so far. The atmosphere created by every note is sublime. The intense feeling poured on this songs flows through all the record like a river of purple thick blood. A genuine collector's piece. Favorite track: Entwined.

Metallurgical Fire The comparisons to WITTR and Deafheaven will probably draw a lot of people. I’m not one of them. I prefer this work to what I’ve heard from those bands, and it has a lot to do with Ken Culton. It’s a privilege to hear his playing. The drums drew me in first, but overall this album causes me to drift away from my problems even though it’s by no means cheerful. It’s striving for something better and makes you want to do the same. Post rock and jazz fans should check this out as well. Favorite track: Their Cities.

Sertraline (Buffalo, NY) formed in the winter of 2014 as a reimagining of veteran death-doom group Where She Wept. The band, armed with the experience and chemistry of longtime collaboration, began to craft a new sonic legacy, combining atmostpheric black metal with post-rock elements to create a uniquely heavy-hitting trio of EPs: Shade (2017), From Both Our Hands (2019), and These Mills Are Oceans (2019), now released as a single compilation for the first time entitled The Streetlight Was All We Needed.

Sertraline are marked by immense musical saturation. Three guitars pour out sustained, melodic passages drenched in reverb and illustrated with glacial leads, backed by a rhythm section inspired equally to jazz-like syncopation and punishing metal proficiency. Often wandering but never lost, each song surprises listeners in turn with moments of introspection and emotional climax, punctuated by lyrics which span themes of “guilt, regret, addiction, anxiety, and depression...but also a hunger for love and hope” amidst reflection upon and angst towards the present social and political climate.

"Shade" EP
Originally released May 8, 2017
Recorded by Joe Leising at Rotten Metal Recordings in the winter of 2017

"Whoever crafted this music did so from the bottom of their hearts and souls and it is noticeable when listening to it."
-Metal Roos

"Falling somewhere between Wolves in the Throne Room and Deafheaven, the walls of sound delivered by Sertraline’s three guitarists are rich, textured slabs of bleakness that tower up, threatening to swamp you, even as the drumming and excellent bass keep you afloat. "
-Angry Metal Guy

“From Both Our Hands” is a very crafty and engaging release that showcases a promising young band and a wide array of cool ideas in the genre. If you like dreamy Post-whatever music that is both intense and carefully crafted, look no further and check this one out."
-Infernal Masquerade Magazine

"Sertraline revive the over saturated world of atmospheric and post-black metal. They utilize their influences well without being a mirror image. They echo the lush reverb tremolo haze that Alcest have become known for, all while sticking to a more fundamental black metal sound. There is an ebb and flow to the album similar to a river. The swells build until they come crashing down but instead of causing claustrophobia it creates a sense of beauty, and of engulfing melody."
-Cvlt Nation

"I would bet this band are destined for cult status in an already awesome scene."
-Musipedia of Metal

"Imagine a steady, dismal rainfall with no sign of a letup. From Both Our Hands paints grey skies, murky waters and withering autumnal trees on an otherwise blank canvas. "
-Welcome to the Metal

During pre-orders, the minimum price is set to $5.00
Pre-ordering a digital album could be thought of as a voluntary donation to help fund future releases and merch, while also receiving the album automatically to your email on release date.
Of course, all HDR releases will always remain available for no minimum price after its release.