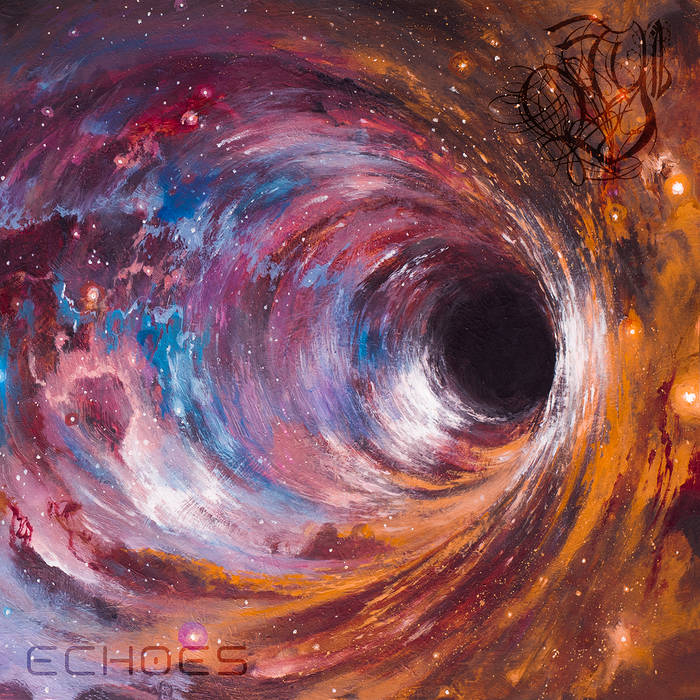 RJ A single 32 minute extreme progressive metal song that takes us on a voyage through time and space. A melting pot of genera and styles with something for everyone. 7/10

Alrihkh Another awesome trophy in my collection of suspenseful travels into the unknown (Talos-Automoton; Telegraph-Mir; Kauan-Sorni Nai). Wills Dissolve’s masterfully- accomplished, multi-genre-blended tale proves that music transcends the corrals of categorization and bias rampant in the world. Cheers! to the open minds that concocted this trip! Good to hear other bands heed & explore their creative urges/natures like Opeth do. 8+/10.

Jarak I have to admit, as someone with my tastes in music and an advanced University degree in Science, I probably would have happily bought the album t-shirt even if I didn't like the album itself. Unsurprisingly, I like the album too :)
more...

Following on the comet tail of their debut album "The Heavens Are Not On Fire...", Wills Dissolve direct their gaze upon the cosmos once again in “Echoes”, their sophomore album presented as a 32 minute exploration of the loneliness and sacrifice of astro-technological advancement. Though once again rooted in progressive metal, “Echoes” incorporates a wide range of styles to tell the tale of an astronaut on a dangerous and vital deep space expedition. Allow yourself to be transported through the empty vacuum of space exploring the cosmos as the last vestiges of humanity search for another planet to inhabit, as human short-sightedness and hubris has rendered earth uninhabitable. Musically, you will hear everything from Progressive Metal, Death Metal, Ambient, Prog-rock, and Black Metal on this journey through the stars, allowing the narrative to develop naturally and letting the musical style shift as appropriate.

Mixed by Guitarist Andrew Caruana and mastered by Brad Boatright at AudioSiege, “Echoes” is scheduled for release on Friday August 28 through Hypnotic Dirge Records. The captivating album cover was crafted by artist Adam Burke ( Nightjar art of Adam Burke) Additionally, new merch was desgined by Bharaduur and Kaitlyn Stanley. Damian Smith - vocalist of Altars of Grief also makes an appearance on the record.

Resonating deeply with a possible prospective future, “Echoes” is a cinematic and fantastic tale with ominous and cautionary undertones.

Mastered by Brad Boatright at AudioSiege

"Echoes is a stunning album! A beautifully original, innovative and visionary album. It’s very complex and is constantly changing, but at the same time hangs together and feels like a coherent whole. The transitions between sections, sometimes disparate sections, all feel totally natural and don’t seem forced, this is a clever trick to pull off, and Wills Dissolve pull it off brilliantly. ... Echoes goes so much further, and in years to come will be considered a classic."
-Musipedia of Metal

" Everything found on “The Heavens…” is still here, but molded into an even more cohesive flow, with not a second wasted nor overdone. Ambient pieces flow into psych rock streams slowly building into pummeling mid tempo death metal before segueing into groovy Mastodon-esque sludge and into proggy jams, and then everything back again. You got heavy growls, crushing riffs, clean singing, vocoders, synths, acoustic guitars, flowing and mingling endlessly."
-Metal Utopia

"Overall – An intelligent, creatively crafted journey, into the most profound depths of space, ‘Echoes’ certainly conveys its intended message well. Portrayed through a complete miasma of shades and sounds, this is one for meditative purposes, depicting intriguing aural portraits of the vast possibilities of otherwise incongruent extremes of metallic sounds."
-Rock Queen Reviews

"Indeed, it’s this ability to create such a cohesive sound over such a long track that really makes Wills Dissolve so exciting. The band have supreme confidence in their abilities and a masterful knack of melding genres together."
-Echoes and Dust

" The music works so well with the lyrics, and they show a flexibility you don’t often here in this type of sub-genre of metal. They know when to crank it up into a frenzy of guttural vocals, with deep, dark, and thick guitars, bass and drums, and also when to let moments of melody and ambiance brighten your day. You will get it all here on this album, so sit back, and enjoy the ride, as I know that I did for sure."
-Metal Temple