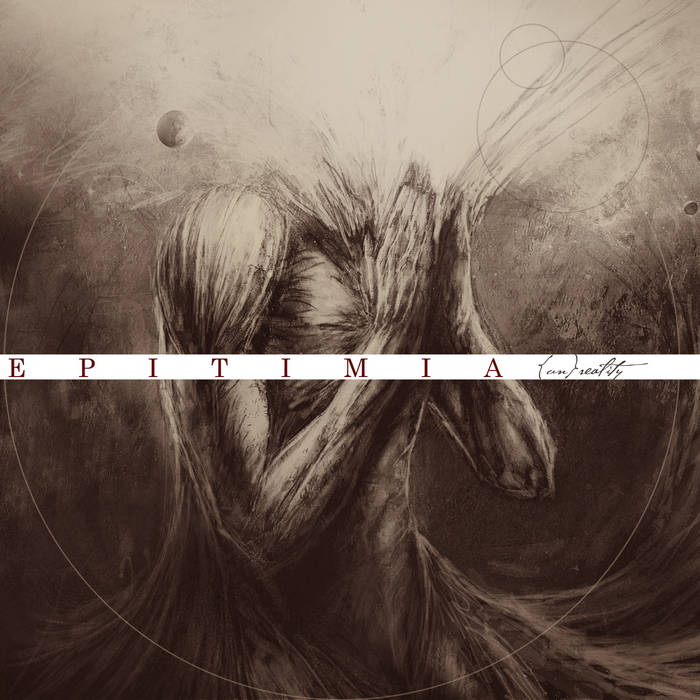 spawnofchaos An interesting fusion of black metal and jazz, with inspiration from various other forms of metal. There is a lot to like here, and many pleasant surprises. However, it does not always seem to form a cohesive whole. Favorite track: Delusion IV - Contemplation.

Karanthir Side 1 is "progressive/avant-garde" black metal. Side 2 is similar but with more of a post-rock/metal feel to it. You can hear how much effort has been put into this, and there is a lot to like. I can't help but feel that it might have worked better as two separate albums though. Favorite track: Illusion II - Oath.
more...

Epitimia's new double-album "(Un)reality" is a culmination of over a year's hard work for the Saint-Petersburg based band which has been working on an expansive and ambitious follow-up to their last album "Faces of Insanity" released in the summer of 2012. "(Un)reality" includes lots of new innovations and interesting ideas on both the musical and conceptual sides and could easily be considered their most accomplished effort to date. Tortured black metal screams alongside a progressive and experimental cacophony of sounds combine to create a truly memorable and complex album taking various elements from many genres including post-rock, black metal, blackgaze, ambient, and jazz to create the sonic palette for this conceptual story. Female vocalist “M.” is also present on the album once again as well as very interesting session work from the saxophonist D’arcy Molan (from the debut Subterranean Disposition album) whose contributions appears throughout the album. Released in a deluxe 6 panel digipack with an additional 12 page booklet and augmented with artwork from Mayhem Design in Russia, this is certainly Epitimia’s magnum opus!

“(Un)reality is like limbo, the world where the hero lingers. His day life here is infinite and artificial, but his dreams fill his mind with bright new images, odd flashbacks, and the reminiscence of his other lives. These visions are the keys to understanding what is happening to him, and may be the only chance to escape. “Delusion” contains the dark images of objective reality while “Illusions” is a moment in which all his dreams merge: hope, love and as the most important – the desire for truth, by which he will be free forever.”