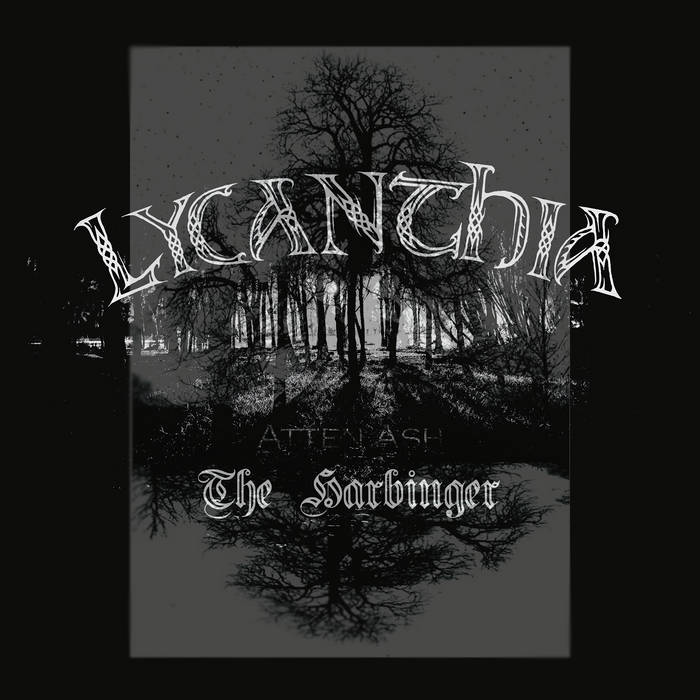 Doom bands Lycanthia and Atten Ash have collaborated to deliver a new limited split 7" this winter. Featuring “The Harbinger” for Lycanthia, and “City in the Sea” for Atten Ash, this split will serve as a prelude to each band's forthcoming full-length albums as well as present a very first vinyl release for everyone involved! There will only be 300 copies printed with 140 available for sale through Hypnotic Dirge Records. This vinyl comes with a sleeve insert featuring band information as well as three stickers!

On Side A, there is Lycanthia, a six-piece gothic death-doom metal band from Sydney, Australia. Their music can be described as dark, aggressive and emotional soundscapes fused with classical and rock elements. Consisting of grim male and dual female vocals, violins, keyboards, guitars and drums, Lycanthia continue that "golden age" traditional-doom sound with influences such as My Dying Bride & Theatre of Tragedy while also adding a more aggressive, complex and sophisticated sound, incorporating the likes of Draconian, Primordial, Shape of Despair & Virgin Black while still maintaining their own unique sound. Having now been a couple of years since the release of their latest full-length "Oligarchy", Lycanthia has been preparing new material that will comprise their next album, and in the meantime have managed to record a new track entitled "The Harbinger" which was released digitally and on a video clip earlier this year but was always planned and intended for a vinyl release.

On Side B is Atten Ash. A three-piece atmospheric/melodic death-doom band from North Carolina, Atten Ash is the creation of founding member James Greene whose intention with the project was to create something heavier and more colorful with attention to nuance and emotion. Being a multi-instrumentalist, James was able to record the foundations of the songs, giving a clear picture of the powerful nature of the music. Demos slowly took form. In 2011 James began collaborating with Barre Gambling (founding guitarist of Daylight Dies) and Archie Hunt (vocalist/guitarist of Legion of the Fallen) and the trio continued the musical work: arranging songs, establishing vocal patterns, writing lyrics and guitar solos.

With their full-length album “The Hourglass” already recorded in 2012 though not yet officially released, Atten Ash will present the track “City in the Sea” on their side of the 7” split as the introduction to their band and first official release serving as a prelude to the release of “The Hourglass” to follow shortly.

*Note: The main image above is not the actual album cover. It is rather a combination of both sides of the vinyl since there are two covers to this album, on account of it being a split vinyl. Each cover image is uploaded in the gallery to the right.