Hypnotic Dirge 2013​/​14 | The Wild Haunts Us Still; Disillusionment and Indifference 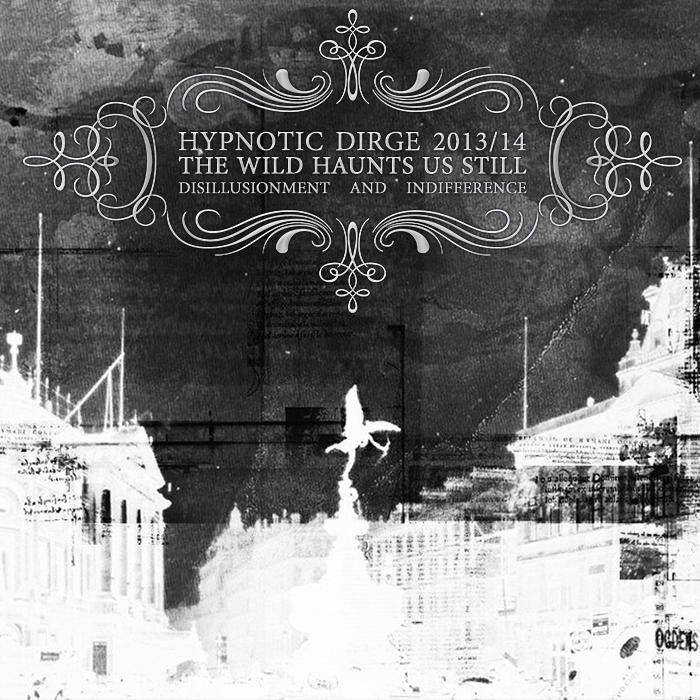 Gina Jordan Incredible mix of black metal styles! Seems all the albums I buy lately or in my wishlist are hypnotic dirge. Love discovering new bands with these collections.

Metallurgical Fire Negative Voice is one of the best bands ever. Good comp otherwise. Favorite track: Euphoric From Being Depressed.

Eoin Foley If Madonna was as mad about doom metal as she is about Mystic Kabbalism then who knows...... Favorite track: Frozen (Madonna Cover).

The second “disc” - entitled “The Wild Haunts Us Still; Disillusionment and Indifference” presenting the Doom Metal related material includes tracks from Lycanthia, Odradek Room, Vin de Mia Trix, Subterranean Disposition, and stroszek from the Hypnotic Dirge side, while also including Wine From Tears, Negative Voice, Cuckoo’s Nest, As Autumn Calls, and Truthseeker (Brendan from Obsidian Tongue’s other project) as guest artists and including two widely different cover songs, one of which is Madonna`s “Frozen” covered by Subterranean Disposition and including a guest saxaphone appearance and the other being “tecumseh valley”, a Townes Van Zandt song covered by stroszek.