Altars of Grief - Your Heaven 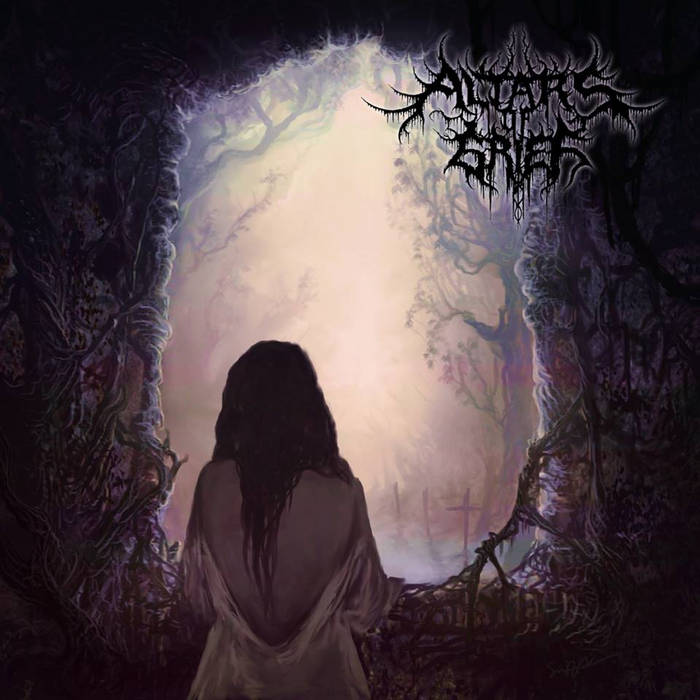 Mired deep within my sullen ruin
Amidst the dust and bereft of your light
Divine hands that crafted your wings
Bind me, hopeless, to my despair
The sands of time, for me, shall fall no longer
This growing darkness I can not escape
Desperate prayers have gone unanswered
I know your Heaven was never in reach

At last, the rain did cease
And a thunderous silence beset me
Grey skies give way
To an aching clarity
You're no longer here
But, I can't forget your face
I need to feel something real
The caress of cold steel
Metallic taste on my tongue
My hands are shaking
But, my senses are numb
I need to feel your pain
I need to know your Heaven is real

Under my own heartbeat
And heavy breath
There is no sound
But, that of time fading away
In these final moments
We are truly alone
Until the silence takes us away
Away from this life