from wild years of remorse and failures by stroszek 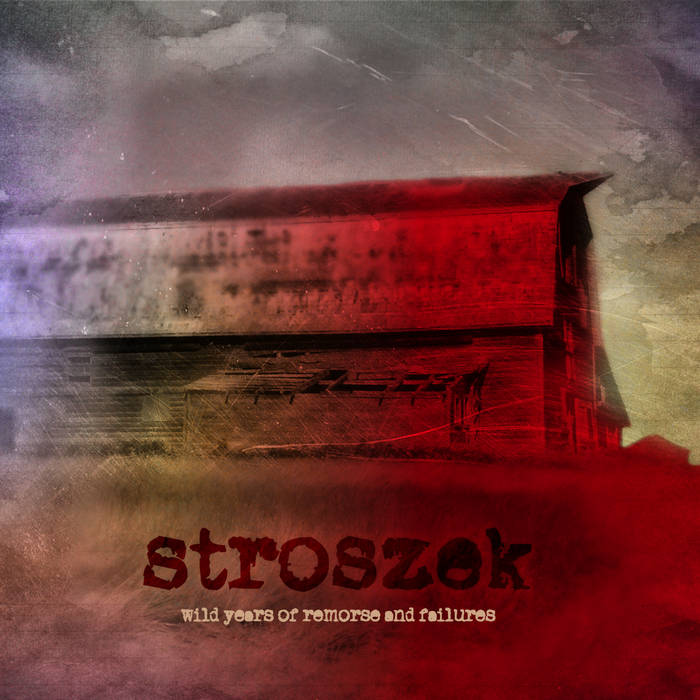 "there's no need to say what townes van zandt means to me. this is my poor personal attempt to pay tribute to him. I had the pleasure of having my friend chris lawton (from thayer cabin, a great band) on dobro on this one, so thank you very much chris. I recorded this song on the day of my 35th birthday and I have been as respectful and honest as a man can be. I can't possibly match townes in anyway, I just did it for myself and hope you enjoy."
-c

The acclaimed early works of the folk/acoustic project stroszek have been sold out and unavailable for quite some time, but now in 2013 we are pleased to reintroduce these monumental albums in the form of a special double-album reissue which includes a complete remastering of all the tracks, as well as rerecorded vocals on the “songs of remorse” album. In total, the reissued double-album will include the “songs of remorse”, and “life failures made music” full-lengths, the “the wild hunt” ep, as well as two brand new cover songs making this a must-have for stroszek fans and collectors who missed the original versions as well as for those who want to hear the updated versions of "songs of remorse" with a more apt vocal performance. Originally released between 2007-2009, this reissue, featuring brand new album art and including lyrics and liner notes allows you to embrace the darkness and melancholy of stroszek once more.

failures - disc II
stroszek returns with their second opus, the follow-up to 'songs of remorse', with the aptly titled 'life failures made music'; and with song titles like 'the unlucky ones', 'gone by the fall', and 'land of silence and darkness' its no secret that this album is filled with crushing sadness. Take equal parts Neofolk, the fatalist mentality of Black Metal, the darkness of older Alice in Chains, the beautiful acoustics of latter-day Antimatter and the painfully soft, whispered vocals of Tom Waits and it is easy to see precisely why this crushing sadness is what makes this record so damn special.

But the times were hard, lord,
The jobs were few
All through tecumseh valley
But she asked around
And a job she found
Tending bar at gypsy sally's

They found her down beneath the stairs
That led to gypsy sally's
In her hand when she died
Was a note that cried
Fare thee well... tecumseh valley

Oakland producer Mejiwahn chats about his breezy and transportive LP.