from Nowhere by Ekove Efrits 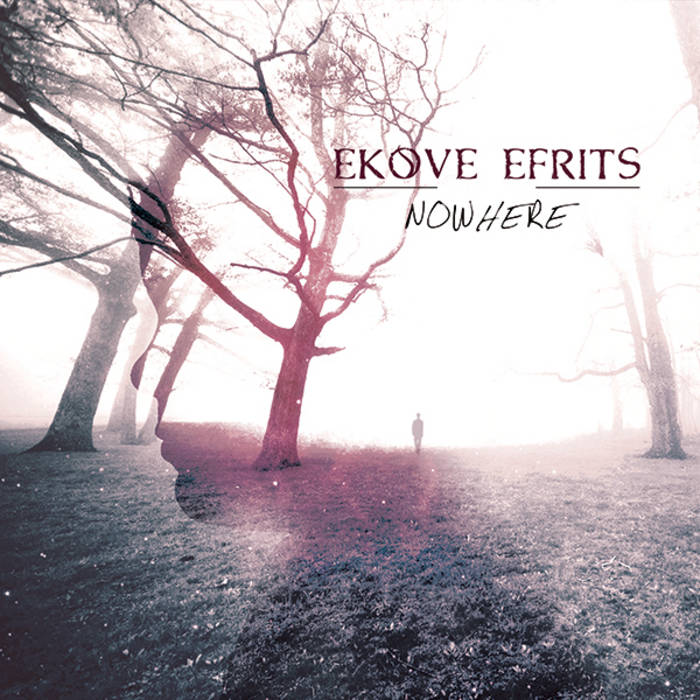 Ekove Efrits, the atmospheric project of Saman N. hailing from Tehran, Iran returns with a follow-up to the 2011 album “Conceptual Horizon.”With “Nowhere”, the fourth full-length album from Ekove Efrits, Saman shows a continual evolution in his songwriting and recording abilities, not deviating far from the sound and identity of previous Ekove Efrits albums but offering fifty-one minutes of twisted, dark, sombre, and atmospheric music intertwined with harsh black metal stylistics, female vocals, and electronic/trip-hop elements, with an added cinematic and film-score like quality which has not been present to this degree in any previous Ekove Efrits album. Certainly a tour de force for this unique project, “Nowhere” will deliver a total trip for the mind and promises to be a visual experience as well as a sonic one! This will certainly appeal to fans of Ulver, Manes, and netra, among others. Another interesting element on this album is the collaboration with Megan Tassaker, vocalist of the Australian Gothic Doom band Lycanthia whose vocals appear throughout the album and really add to the ethereal and melancholic sound. Mastered by Barry Gardner in the UK and with contributions on the album art front from surrealist Norwegian artist Jessica Enneby Eldenstjärna in addition to Saman who is a graphic artist by trade, this album aims to be a complete immersive experience.

Infinity, the matter of progression
While the greedy hands embrace the guns yet
We are infinitesimal within the infinite
Dimension...
Witness only to a mere instant of eternity

Insignificant among the absolute, we are
We cannot control that which we cannot even conprehend
Oblivion, that we hate, we can't change out fate
We are bound by our state and we cant change the past
We cannot undo all the damage we've done, condemnation