from The Isolation Splendour by Immensity 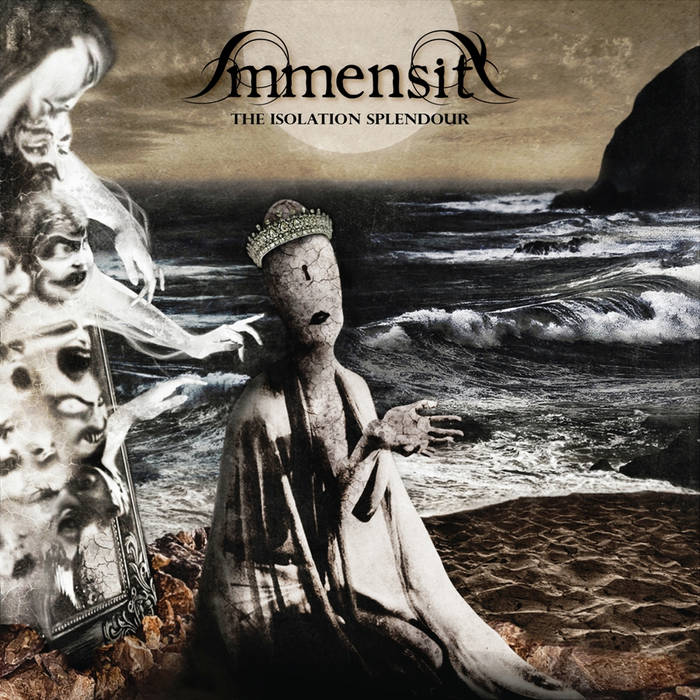 Hypnotic Dirge Records and Solitude Productions presents the debut album entitled “The Isolation Splendour” from the Greek doomsters “Immensity” Active since 2009, Immensity is a six-piece atmospheric death-doom band from Athens. Since their founding, they have played many shows and in 2012 released the demo “The Lonely Aquarelle” which received favourable feedback including the honour of being named #1 new band in the Clandestine Cut of the Year in Metal Storm Webzine.

A mature sound emanates from the memorable melodies and captivating atmosphere present in “The Isolation Splendour” combining the essential feeling of early 90’s doom metal such as early-Paradise Lost, and My Dying Bride while also providing the melancholic gothic-tinge of bands such as Draconian or The Foreshadowing. filling a thick wall of sound soaked in melancholy and grief. Immensity’s genius is not necessarily in incorporating sludgy, slow, or depressive elements but more in crafting grandiose and memorable hooks contrasted by relatively heavy and deep doom.

“The Isolation Splendour” features five brand new monolithic tracks, and also includes the two tracks from “The Lonely Aquarelle” demo so that the entire Immensity discography will be represented together. With a massive total runtime of approximately 68 minutes, the album can be described as a comprehensive yet intricate journey into atmospheric and melodic death-doom.

Echoes, fading, in voices when she awakes
Eternal, weaving, in silence in solitude
Before the veil illumes as light
Under an endless gray
Touched by the warming rain
Allure the swans they die
She sleeps alone with stars
Adorned in velvet dreams
Under the fall of rain

Her silent solitude
Under the fall of rain

Guests include Kassa Overall and Muriel Grossman, plus an LP of the week by Van Hunt.